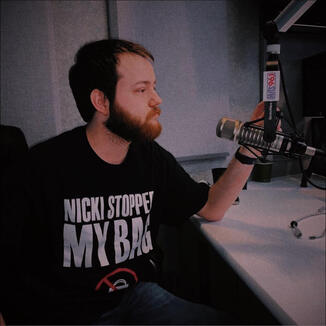 LONGFORM BIO
Leading entertainment journalist and publicist Nicholas Liddle is emerging into the music business in multiple ways. Not just limiting himself to one or two areas of the entertainment world, he has published work with iHeartRadio, PopWrapped, Contrast Magazine, Medium and FanSided and more and has covered the latest in music reviews, new and interviews since 2017. Liddle has represented a large number of indie music artists since 2019, and his clients have been seen in Essentially Pop, PEOPLE, Culturalist, CelebMix, PopWrapped and EARMILK. Liddle also started his own Public Relations firm focussing on modern digital marketing and publicity in the music industry in December 2019 and has worked as Entertainment Editor for PopWrapped since April 2019.Liddle began working as a freelance entertainment journalist in 2016. In 2017 his interviews, reviews and music articles began to be published in various magazines and online as he established himself as one of the most promising entertainment journalists to burst onto the music scene.The journalist has a strong following online with over 37.5k followers on Twitter. When he isn’t busy working in the music industry, Liddle supports Anti-Bullying campaigns and is an advocate for both the LGBTQIA and Type 1 Diabetic communities.